PFZ (*2011-) is an interdisciplinary project characterized as a progressive appropriation. It reaffirms the collective identity by reframing relations.

The Privacy-Free Zone (#PFZ) is an interdisciplinary project that began in 2011 as a progressive appropriation; originally as Good Morning, Lugano but then subsequently becoming the PFZ. This project was established to question the relation between the law and the right of expression. It was born to defend the freedom of artistic expression which is formally protected by the Swiss Constitution and other European and International Declarations and Conventions. During this development, the project has adapted to different social situations and contexts. Most recently, it became the Covid Joggers Act (*2020, CJA) as a reaction to the coronavirus pandemic. The coronavirus has tested governments’ abilities to react and avoid social, economic, and political tragedies. The inspiration for the name came from Benny Hill’s 1998 ‘Joggers’ skit. The action of applying the red dot stickers on proxemic criteria was humorously formed from the necessity to get out of the home, especially as runners and active individuals, while also remaining undetected from surveillance and other similar dispositifs.

As of November 2020, the project has relinquished the name of the Covid Joggers Act and returned to the former name of the Privacy-Free Zone under management by Camera F. It is currently in the process of being formally established as a cultural association. The use of ‘covid’ in our name was limiting and created a cognitive shortcut that projected a negative association upon our project. The name of the virus established psychological frames that diminish certain potentials of the project in terms of audience, interaction, and future goals. Covid is an environment we were able to use to examine the manipulation of private and public spaces unexpectedly. As the Covid Joggers Act, we were able to mirror the diffusion of the virus with the artistic expression and relationship between space and form. However, recognizing the frame of this as limiting was decisive for returning to the Privacy-Free Zone. The PFZ allows for the artistic acts/actions and associated research to be articulated under a clearer focus. It is progressive continuous project where the art is driven by the research and the research drives the art. It is a cyclical relationship that renders new ideas that are mediated by changing contexts and interactions.

On 15 October 2015, the City of Lugano endorsed the PFZ. In 2016, the research was developed by choosing to remove the red circle from the subjects (people) to bring out their identity (for re-appropriation). From this, a red circle became a public installation in Rivetta Tell in Lugano. It is still there. When people stop on this circle article 28 of the Civil Code, on the protection of personality, in exchange for the protection of artistic freedom, enshrined in article 21 of the Swiss constitution ceases to exist.

All that matters, in the eyes of the law, is whether or not an act is authorised by way of commission or the property owner’s consent.

PFZ challenges certain boundaries to contribute to the development of an equitable society. In fact, only in a society in which art is allowed to expand and enrich the “aesthetic” discourse. The representation of minor voices is fundamental in our culture. PFZ is close to those entities that support a political openness inspired by equal opportunities, tolerance, and solidarity. For more info see the Disclaimer page.

PFZ is under management by Camera F. It is an artistic space that is currently exploring the idea of reframing freedom through collaboration with PFZ. The goal is to establish a formal cultural association under the slogan ‘Framing Freedom.’ 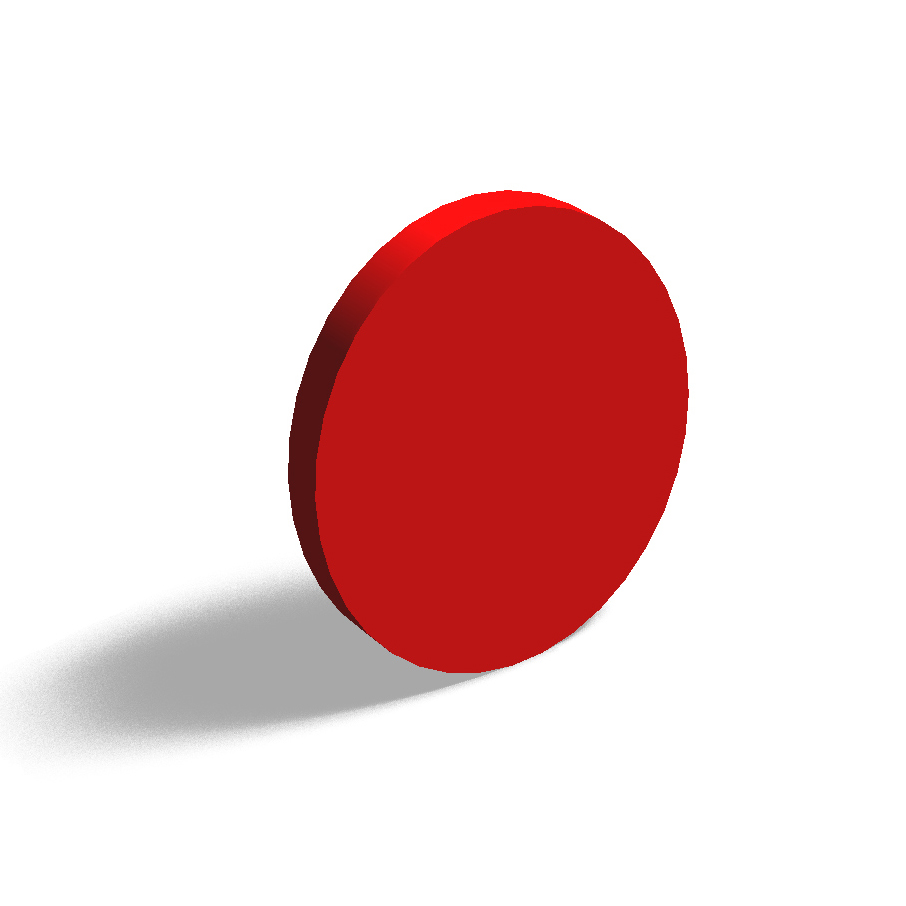 The form of a circle is an archetype for the universe. It is a representation of the unity of the consciousness and unconsciousness, of the mind with the soul, and with man and his environment. It encompasses all that is seen but also that is invisible to the eye but revealed within the cosmos. The circle around the dot is the universe or world in which we live. A blank canvas to draw from the circle that which we wish to create. A place to also retreat when things in life get too chaotic. Erase our problems in ‘order’ to have a clean slate. In a sense, redeem our souls. Everything that is encompassed is necessary, but to a certain extent, it comes in superfluous quantities or at superfluous proportions. The superfluous necessary becomes the framework of our messages, actions, and related studies. Theoretically, is an informational schema that manages how processing and presentation. PFZ/CJA creates a reference-dependent perception using the chosen framework where art, history, science, and methodology set our perimeters (see Journals).

They are also used as markers and connectors of spaces to create a dialogue between the artist, society, and space. The dots act as ‘psychological and visual viruses’ because they remain in an individual’s unconscious but once they become repeatedly noticed they become part of the perceived reality and something that progressively receives greater conscious attention.

The coin, as a metaphor, hides and reveals, and allows us to test the truth right now and transverse through space, time, and cultures. The red dot is the origin of all of mankind as it represents the sun and is the greatest primordial symbol emerging in preeminent civilizations. The “red dot” enlightens these relations via research into selective perception and collective unconscious by using a conceptually intrinsic artistic act to diffuse shared knowledge. Reframing the essence of the preconceived truths between these relations is why the red dot is not really a red dot.

Matteo and Danielle met through this project at the very beginning of the first lock-down in Switzerland (February 2020). Since then synergies have been amplified. 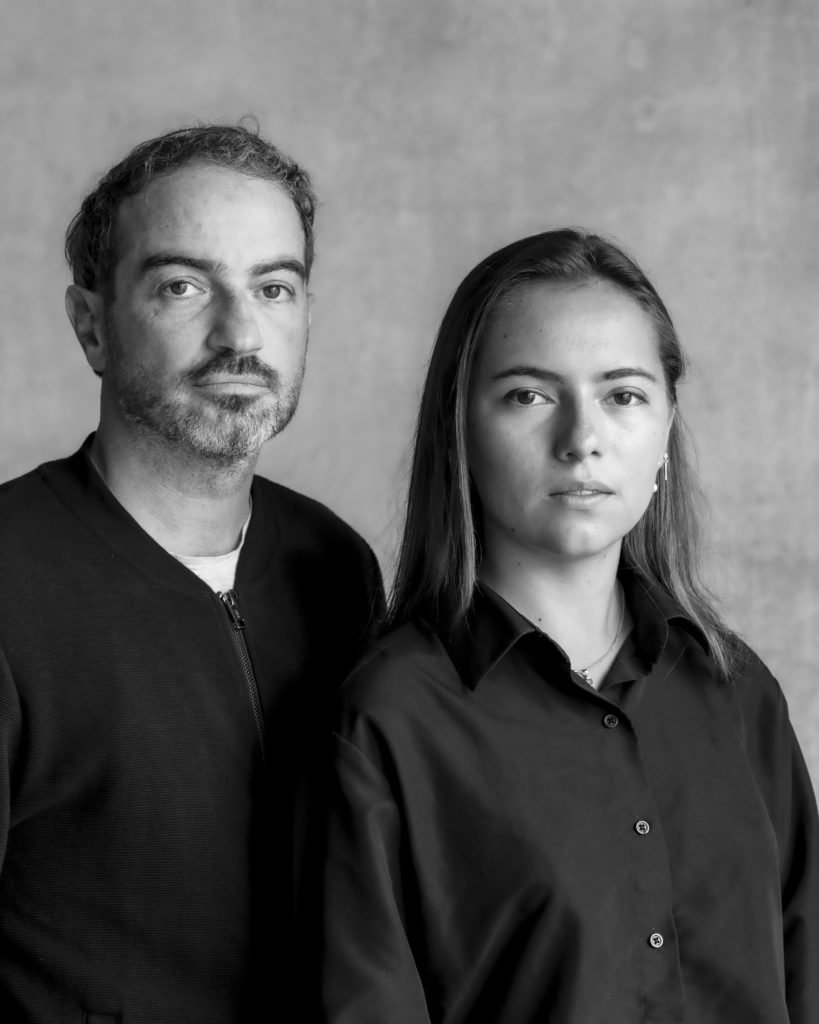 Born in Mendrisio, CH (*1976). Studied Photography in Milano (IED, 1998-2001) and Communication Science in Lugano (USI, 2007-2010). Photographer working in the field of visual and relational art. Recipient of the Swiss Photo Award (2012) and of Bally Artist of the Year (2013). His main projects: Ritratti Metropolitani (2010-2016*) and Privacy-Free Zone ( 2011-2020*). Another more intimate and ongoing research project is entitled Barcodes (2016-2020*), it interrogates the relationship between symbolic coding of a barcode and the photographic image from the notion of the unconscious (Jung-Vaccari).

‘Who are Hilla and Bernd Becher?,’ Tate,
https://www.tate.org.uk/art/artists/bernd-becher-and-hilla-becher-718/who-are-bechers