Description
The LAC (Lugano Arte e Cultura) is situated directly in front of the Lago di Lugano. The location was along the typical PFZ (former CJA) jogging route. Due to this proxemity it has been a long and continuous location for red dot action.

The LAC was created in September 2015 by Ticino architect Ivano Gianola. The space is utilized for theatre, dance, art, music. The outside area is spacious and has a cafe, restaurant, multiple stores, and courtyards where people can walk through.

Re-Action / Influence
Red dots have been placed around the LAC, some of them have remained for a long time and others were scratched down days after and subsequently restored. Since CJA goes past the building frequently it has created been interesting to observe this visual dialogue and which spots are more maintained and surveyed than others. One observation was that the red dots that were placed near or below surveillance cameras have been removed at a faster frequency than those near the courtyard or poles outside. 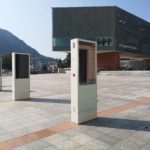 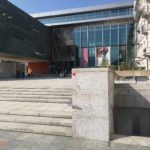 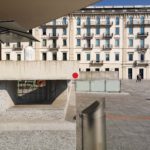 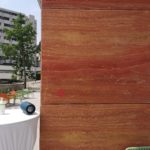 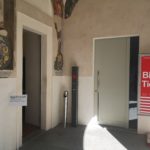 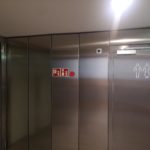 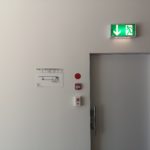 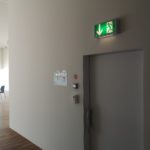 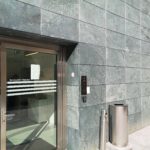 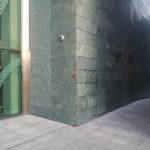 After the silent dialogue mention above, this morning we observed that on one of the scratched sticker someone had wrote:  “Coglione, ti ho filmato, so chi sei, la denuncia è pronta” (You asshole, I filmed you, I know who you are, the complaint is ready). Since the project is public and aims to study different fields as well as reactions to our actions, we noticed that the surveillance guard took the action personally for having written this message. Even though the project is much wider than any individual. This lack of elegance demonstrates the division of beauty from justice as mentioned by Zoja (Giustizia e Bellezza, Ed. Bollati Boringhieri). 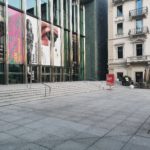 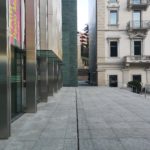 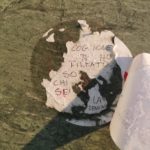 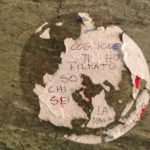 After this sign, the head of the security was contacted directly. He did not know about the project and so we made sure to inform him that this documentation can easily be obtained online (like this one). By doing this we made sure that we were transparent about the actions and the purpose of the project.

As of this interaction we decided not to continue the action on the LAC. The dialogue that was established was distasteful and did not warrant our further desire to push it. The scratcher’s message demonstrated the action had no possibility to remain productive. The profile of this scratcher is described in the ‘Cubic Showcase‘ action.